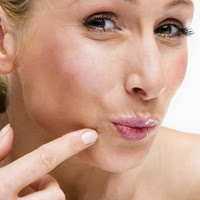 The very first thing we notice when meeting someone is, of course the face. The most distinctive mark, something we are in general, recognized, and we must take good care about our face, and in general, skin overall. One of the most common causes of stress among teenagers is acne, a condition caused by bacteria, and influenced by food we consume.

We will give you few tips on how to prevent or reduce the drawbacks and bad outcome, as well as how to properly treat this modern pestilence.

This is the most common treatment nowadays. By eliminating bacteria that causes pores to clog, this product comes in a wide plethora of forms. It is available as gel, wash, or some other form. Concentration of Benzoyl Peroxide can vary from 2 to 10 percent, although higher concentration doesn’t result in higher effectiveness, but rather has setback, in a way that can damage your skin. Because of this fact, asking for advice from your dermatologist is obligatory. On the other hand, when combined with clindamycin, it significally boosts its’ effectiveness.

With its ability to exterminate bacteria, and to dry out bacteria, sulfur is also widely used form of struggle against acne. In my recent talk with Dr William Mooney, he stated that sulfur can be very effective in eliminating acne, but caution is advised. The best way for exploiting sulfur as a medicament, is to use it locally, in other words, just to cover acne, rather than covering wider area. Also, the advance of using sulfur is that it often comes in a form of soap, so using it is quite easy, in which way effectiveness is prolonged.

Mainly used for exfoliating, this treatment works as a “sweeper”, by removing the upper layer of the skin, which is consisted of dead cells, and that is causing pores to clog, and thus forming acne. It comes in a form of washes, lotions and crèmes, and also can be combined with other treatments, but yet again, caution is well-advised. Salicylic acid dries out the skin, and when used with retinol, for example, drying out is even more expressed.

There are numerous ways to fight against acne or pimples, and for example, zinc is natural anti-inflammatory which can reduce redness and inflammation, and can be found in a form of pills, but, it is of utmost necessity to ask your doctor for dosage. Also, a lot of people tend to try to squeeze out pimples, but this is something you must never do. If you do so, you risk having your skin scarred, and the damage caused can be irreparable. So, restrain yourself from this. In addition, some people are using brushes and scrubs, and although this method works as a exfoliating treatment, it also irritates your skin, and in fact, can leave your skin in worst condition than it was.

So, with everything said taken into consideration, the most important thing to remember is not to do things on your own. Visit the dermatologist, for he can provide with enough knowledge to prescribe treatment that is suitable for you. And also, be patient, for the road to eliminating acne is long, but not impregnable.