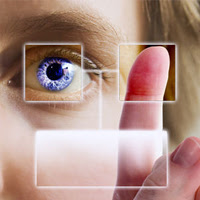 Autism spectrum is a brain disorder that becomes evident within the first three years of life. According to the statistics, there is one autistic child among every 166 children.

The degree of inherent inability to communicate with other people, can determine the stage of autism in the individual. A spectral disease, no two patients suffer from the same range of symptoms. This is the reason that treatment of Autism is limited to cognitive behavioral therapies.

It has been derived that the applied behavior analysis can be integrated in the system of the autistic children. This treatment is basically a program that is like a scaffold which is based on the educative methods with the conjoined efforts of the teachers and the caregivers. The careful environs and one to one interaction is devised in a manner, so to make the child feel comfortable.

Individuals suffering from Autism need to undergo a variety of Autistic Treatment so that the best can be determined. A child, whose autism has been diagnosed earlier, has a better chance of coping with the condition. Despite the decades of research for the autism spectral disorder treatment, there has been no available cure. The problem with this condition is that it is bio-neurological in nature and therefore makes it difficult for the medical community to prescribe a predestined therapy that would diminish or eradicate the effects completely.

When the child reaches a mature age of 22, a normal kid would proceed to pursue education or employment. The autistic adult does not have the ability to communicate effectively and this is the reason that they are faced with challenges in every sphere of their lives.

No Permanent Cure in Autism

Though there is no known treatment, which would completely eradicate the symptoms of autism, the caregivers and the family members must understand that there is a possibility of turning an autistic into a productive entity. This is achieved with occupational therapy. The concerned guardians should however comprehend that the entire process needs time and patience.

The occupational correctional therapy is conjoined with physical exercise regimens so that the motor and other senses of the individual can be further developed. Sometimes the treatment may accompany some medications like the anti-depressants, stimulants, hyperbaric therapy, anti-convulsions etc. However, the treatment should be tailored based on the conditions and the symptomatic behavior of the individual patient.

Some of the common Autism Treatment

A spectral disease, no two patients suffer from the same range of symptoms in autism. This is the reason that treatment of Autism is limited to cognitive behavioral therapies.

Read Cognitive Behavior Therapy, Second Edition: Basics and Beyond by Judith S. Beck Phd which is the leading text for students and practicing therapists who want to learn the fundamentals of cognitive behavior therapy (CBT)