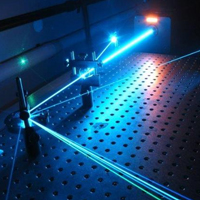 The laser is an important invention in the field of medicine, with many applications, both complex and simple.  Most people are familiar with the use of lasers only in eye care, tattoo removal, and hair removal.

However, lasers are integral to many other medical procedures, such as cancer identification and removal. Thanks to recent advances in laser equipment technology, particularly the development of low level laser therapy, lasers are now being used even for procedures such as liposuction.  Low level lasers are basically just lasers that are produced at a much lower temperature, which eliminates many of the risks and side effects associated with traditional “hot lasers.”

Low Level lasers, also known as cold lasers, were first discovered in the late 1960s, when a researcher at a Hungarian university studied the effects of laser light on cancer. Initially low level lasers were used for assistance in surgical procedures, but more recently it has been discovered that cold lasers can be used in place of hot lasers all together.

There is also evidence that it is effective in dentistry, wound healing, and relieving back pain.

The most exciting application of cold lasers is in liposuction.  Laser liposuction is increasing in popularity and may eventually become the standard, replacing traditional surgical liposuction altogether.