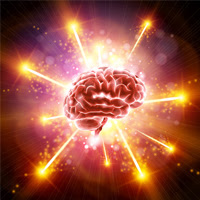 Nicotine, alcohol and sex tend to be viewed as the three greatest pleasures in life. Why they are viewed this way has a lot to do with the stimulating effect they have on the brain, although not all of them are equally good for you.

Nicotine and its effect on the brain

Nicotine is known to cause arousal in the brain, but over time, the body builds up a tolerance to it. The more cigarettes one smokes, the greater the body’s tolerance will become, which means that in order to get the same level of arousal from nicotine, the brain demands more cigarettes every time.

Over time, it becomes harder and harder to satisfy your cravings, which leads to the withdrawal feelings that smokers experience when they don’t get their fix. A study published in The Journal of Neuroscience even found that the effects of nicotine on the regions of the brain connected to addiction are similar to those caused by cocaine.

Of course the effects of nicotine compared to cocaine are very different, but it does explain why people have such a difficult time giving up nicotine once they are hooked.

Alcohol and its effect on the brain

Alcohol has similar but more intense effects on the brain as it releases endorphins in certain regions of the brain which activate feelings of pleasure and reward. Much like with nicotine, the body begins to build up a tolerance to the alcohol over time, and the brain requires more of it to produce the same pleasurable feelings.

Researchers from the University of California in San Francisco found that the brains of heavy alcohol drinkers were altered in a way that makes them more likely to find the effects of alcohol pleasant.

This may explain how drinking problems develop in the first place, as a heavy drinker’s brain will associate alcohol with greater feelings of reward, which may cause a person to consistently drink too much.

The connection between nicotine and alcohol

Because both nicotine and alcohol have similar pleasurable effects on the brain, many people tend to combine the two to increase the pleasure they experience at one time. This is why many heavy drinkers also smoke, and most smokers tend to enjoy a couple of drinks on a regular basis.

Addiction scientists believe that alcohol actually plays a major part in cigarette smoking, and for smokers attempting to kick the habit, drinking may cause a relapse. The same is true for alcoholics; smoking a cigarette may trigger the desire for a drink and cause them to relapse.

This is because the two stimulants activate the same region in the brain, which makes it difficult to smoke a cigarette without thinking of having a drink, and vice versa.

Sex and its effect on the brain

Sex, unlike nicotine or alcohol, is not known for its adverse health effects, and in fact, some research has even shown that sex can boost brain growth. The relation between sex, alcohol and nicotine is there, however, because sex, just like alcohol and nicotine, activates your reward circuitry.

While you may think that it all happens between your legs when it comes to sex, your brain is actually the most important sexual organ.

When you have an orgasm, it is the result of electric impulses that flow along a path of nerve cells that are all connected. When certain pleasure pathways are activated, your defense pathways are blocked, which brings on orgasm.

The main activator for your reward circuitry is the neurochemical known as dopamine, and although it isn’t the only one neurochemical involved, it is the most important one. Dopamine is what motivates you to go after what you perceive as the reward, whether that be a cigarette, a pint of beer or sex.

Discover more about normal development of the nervous system and how early exposure to alcohol and nicotine interferes with this development through Brain Development: Normal Processes and the Effects of Alcohol and Nicotine by Michael W. Miller.

Joyce Del Rosario is part of the team behind Open Colleges, one of Australia’s leading providers of health and fitness courses and Fitness Courses. When not working, Joyce blogs about health and fitness.
0 comments… add one