What Are Nootropics & Why Were They Banned in the Olympics 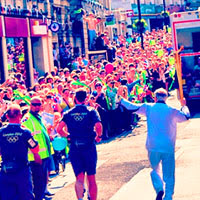 There have been several movies and television shows created about the seemingly fantasy notion of expanding the abilities of the human mind.

With a simple pill, the main character suddenly has access to more of their brain function than ever before and they perform superhero-like feats that astound the world.

While all of this sounds like fantasy, the reality is that there are products available that do have the potential to enhance the power of the mind and allow people to become more focused and successful. These substances come in pill or powder form and have been found to have almost no side-effects. These pills are called nootropics, and they are available all over the world. Although they won’t give you superhero abilities, nootropics may be able to help you unlock mental abilities that you never knew you had.

You may have heard the term “smart drugs” being used recently in relation to successful business people or hard-working college students and wondered what it meant. Smart drugs are a type of supplement known as nootropics, and they come in both a synthetic and natural form.

The first synthetic nootropic is a compound called piracetam, which was created by Belgian pharmaceuticals experts in 1964. Since then, some countries have classified nootropics as pharmaceuticals requiring a prescription to be purchased, while other countries make nootropics generally available in a supplement format.

There are also numerous natural supplements that are considered to be nootropics that have been around for a very long time. Caffeine and fish oil are two examples of natural substances that fall under the umbrella of nootropics. Whether they are synthetic or natural, nootropics are generally considered to be safe for use. The most common side effect is headaches, but this can usually be avoided by taking a choline supplement.

What Are The Effects Of Nootropics?

In general, nootropics have been found to increase the production of neurotransmitters in the human brain, which enhances the ability for brain cells to communicate. Some nootropics also help to preserve the production of existing neurotransmitters and increase the flow of blood to the brain. All of this can result in improved brain health and an expansion of the brain’s abilities.

Some of the more common user reported effects of nootropics include:

In some parts of the world, nootropics are administered after the brain has been damaged by injury or disease to help facilitate a more complete recovery. The ability of nootropics to improve blood flow and preserve neurotransmitters has been found to be very useful in the treatment of a variety of brain conditions.

Nootropics can be taken by themselves or they can be combined into compounds known as stacks. There are several popular nootropic stacks available that are pre-mixed or you can choose to buy the ingredients separately and mix them yourself. Many people create stacks that have ingredients with varying benefits so that they can increase the positive results they get.

Since nootropics are considered to have minimal side effects, stacks are generally considered safe for anyone who is looking for an edge in the business world or in school. If the idea of creating a stack from synthetic nootropics does not appeal to you, then you have the option of building a stack from all natural ingredients.

Why Are Nootropics Banned By The Olympics?

When it comes to drug policies in the Olympic Games, the World Anti-Doping Agency has the final say. In recent years, the WAPA has determined that the nootropics Modafinil, Adrafinil, and Phenylpiracetam give athletes an unfair advantage and have therefore banned them from all Olympic Games. The reported ability of these nootropics to increase natural energy and enhance the brain’s ability to remain focused is seen as giving athletes an illegal edge.

If you are new to the idea of nootropics, then it is always best to start off with a professional organization that can give you the information and products you need. There are expert websites that offer plenty of good advice on how to properly use nootropics, as well as a selection of products you can choose from to get yourself started.

Julian is a content specialist for All Workout Routines. Through AllWorkoutRoutines.com, he provides content focused on healthy living tips.
0 comments… add one