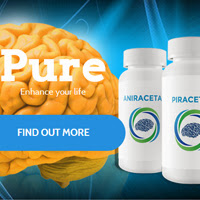 As humans in the western world have medical care to keep them alive, parts of the body deteriorate a lot faster than some of the others.

When it comes to the brain, there are many elderly people and young adults that see decline before the rest of their body.

It is imperative to be careful with the brain at any time of life, but nootropics are a great way of improving brain function especially in elders.

Using the following nootropic compounds, you will find it a lot easier to protect your brain no matter the age. For adults it is even more powerful to protect them from neuro degeneration and even correct some of the trauma of a lifetime.

To prevent aging of the brain, there are a wide variety of nootropic compounds that are natural and some that are synthetic. Here are some of the most well known options that can prevent neurological degeneration.

This is one of the most well known and studied nootropics. In fact, piracetam was first discovered in the 1970s, which is where the term nootropic was derived. Since then there have been numerous studies on all types of dosages for a wide variety of different ailments. Studies on healthy young adults and elderly individuals showed that piracetam is a well known cognitive enhancer and can provide some neuro protection as well. Combined with choline, piracetam and other similarly structured drugs are very potent for brain protection.

In the same family as piracetam, oxiracetam is a newer form that has even more neuro protective properties. Studies on rats showed that oxiracetam was a well-established drug for preventing neuro degeneration in mice that were exposed to chemical trauma. Not only did the drug stop the process of neurological decline, but in some cases even reversed it. For protection purposes, oxiracetam is definitely one of the best options.

This natural herb has been used for thousands of years by traditional Ayurvedic Indian societies. It is well researched and studies indicate it is a perfect tool to improve performance through reduced anxiety. If you want to get started with cognitive enhancement through natural herbal remedies rather than some of the other compounds, this might be a great natural place to start.

Another great compound that is used for brain health is L-theanine, which is the active ingredient in green tea. It is well known to improve your cognitive abilities and function and more than likely it is going to give you additional focus and alertness as well. It is also natural like bacopa monniera and you already probably have experience with it if you have taken any kind of tea before.

The modern human body declines at a bizarre pace where the body can last a lot longer than the brain. For people who have neurological problems and decline, it is a good idea to take the proper precautions and take these supplements beforehand. This will make sure that you have a fair chance of preventing Alzheimer’s disease, Parkinson’s disease, and senile dementia that plague such a large percentage of the population.

Eric Balaster is the co-founder of Pure Nootropics, which provides high quality smart drugs with an emphasis on safety. He is also active with The Hacked Mind, a blog and podcast about biohacking.
0 comments… add one