A Guide to Understanding The Addiction Process 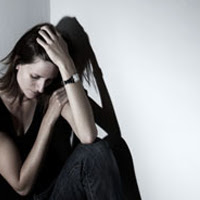 When a family is helping with an individual who is battling to break free from drug and alcohol addiction, it can seem like it is a struggle that never ends. It seems as if the path to freedom for addiction is like a winding road with a lot of detours.

Many families would give everything they have if someone had a guide to drug treatment that would lead them to this road with the end goal being that their loved one was free from their drug addiction.

It may seem that there are times when the addicted individual is desperately desirous of breaking free from their addiction. They’re doing everything that points to the fact that they want to change the lives. They leave their friends who encourage them to use drugs, they change where they live, and they may even join in a rehab program for a short while. Then comes the inevitable relapse. Family members are understandably frustrated when a loved one who looks like they were making so much progress regresses back into their destructive pattern of drug use and drug abuse.

Understanding That Addiction Is a Brain Disease

The effects of addiction are an uncontrollable desire for the drugs or alcohol. This desire is so powerful that it interferes or that it destroys the addict’s ability to interact with his friends and with his family. Just like an individual battling diabetes needs formal treatment, it is also the only way that a person who is addicted to drugs and alcohol will be able to break free and to have long-term recovery is if they receive formal treatment.

A Guide to Understanding How Drugs Affect the Brain

The medical community now understands clearly how the brain mechanisms are affected by the use of illicit drugs. The parts of the brain that controls memory, mood, and the way we perceive others and emotions are all altered by drug use. The greater the frequency and the longer the duration of the drug abuse, the greater the change to the structure of a person’s brain. The negative effects of using drugs can stick with a person for years after they have stopped using the drugs. Drug abuse literally rewires a person’s brain brain. It creates in their head new neural adaptive connections. It rewires memory connections in the brain.

Many in the medical community have compared the rewiring of a person’s brain as a result of drug abuse to the brain being hijacked. Drugs will override the brain’s natural function, and they make it so that getting the drug becomes either the sole or the primary motivation of the individual. In the same way that the brain would motivate an individual who was dehydrated to fixate on getting water to fix the dehydration, so the brain of an addict motivates them to use their energies, their thoughts, and their skills solely to obtain drugs.

A Disease That Does Not Dissolve One of Responsibility

There is something that all recovering drug addicts must understand if they are going to be successful. They must understand that Moving in Recovery: It’s Possible. The chemical changes that take place in a person’s brain as a result of addiction explain why most people cannot stop abusing drugs out of sheer will alone. However, this does not dissolve the addict of the responsibility for their behavior. Successful rehabilitation can only be accomplished when an individual is ready and willing to take the steps necessary in order to put themselves on the path to recovery. They must take responsibility for the decisions that put them in the position that they are in, and they must be willing to commit themselves to a rehabilitation program that can facilitate their success.