Is an IUD Right For You?

by Madeline Ferdinand on August 7, 2013 0 comments 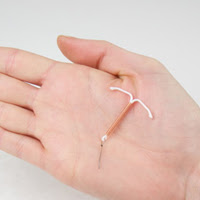 Contraceptives have been in use for over 3500 years, with the earliest documented accounts of birth control being reported in ancient Egypt. However, we  have come a long way since honey, acacia leaves and lint were placed in the vagina to block the travel of sperm.

Undoubtedly the biggest breakthrough in female contraception came in the 1950s with the development of the first birth control pills by Gregory Pincus and John Rock. The chief downside to the pill is that it is often used incorrectly or inconsistently, causing it to be ineffective.

With a mere 1% failure rate, the IUD is currently the most effective form of female birth control on the market. But is an intrauterine device the right fit for your birth control needs?

Early intrauterine devices were ring shaped and made of silver, gold or stainless steel. In the 1960s,Dr. Howard Tatum determined that shaping the intrauterine devices into a “T” would work better with the shape of the uterus and reduce rates of IUD expulsion. Since copper is an effective spermicide, Tatum and Dr. Jaime Zipper used the metal to build their distinctively shaped IUD. Thus, the modern IUD was born.

There are two types of intrauterine devices, copper and hormonal. Both prevent fertilization of the egg by damaging or killing sperm.

Copper IUDs work primarily as a spermicide within the uterus. The presence of copper causes an increase in the levels of copper ions, prostaglandins, and white blood cells within the uterine and tubal fluids. The copper ions hinder the sperm’s motility and viability, which in turn stops the sperm from travelling through the cervical mucus.

Hormonal IUD’s prevent fertilization by thickening the cervical mucus, inhibiting sperm survival and suppressing the endometrium (lining of the uterus).

An intrauterine device is inserted by your doctor, often at their office. An IUD can be inserted at any time unless you are pregnant or have an active pelvic infection, Common side effects of insertion are cramping and mild discomfort. Some women may feel dizzy or faint after having an IUD inserted. It’s good practice to have someone drive you to and from your appointment.

As with any medication or birth control, there are risks associated with IUDs. Here are the most common risks:

It’s important to be well informed of the dangers associated with IUDs. Mirena, the major manufacturer of hormonal IUDs is currently facing lawsuits for failing to apprise patients of potential risks. Speak with your doctor if you have any questions regarding the possible hazards associated with IUD use.

As stated before, intrauterine devices have the highest effectiveness rating of all current female birth control options on the market. Furthermore, IUDs are a long-acting, reversible contraceptive. They can be used for long periods of time without requiring user action. Once an IUD has been removed, even after years of use, fertility returns to normal almost immediately.

You may be a good candidate for an IUD if you:

You may not want to use an IUD if you:

The best plan of action when it comes to birth control is to know your choices, know the facts and know your body. If you follow those three, simple steps, you’ll find the option that is best for you.

Madeline Ferdinand is a freelance writer for DrugNews. She enjoys bicycling, running and spending time with her three gorgeous grandchildren.
0 comments… add one