Why is Plastic Surgery Abroad Rising Amongst Brits? 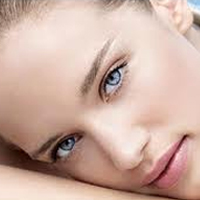 In the last few years across the world, the industry of medical tourism has not been as popular as it had been in the past. This has been due to the economic downturn that has taken place all over the globe.

The outbound medical tourism market in the UK has decreased while spending on optional and discretionary kinds of healthcare has been cut. However, there are a number of indications that things may be changing in the medical tourism industry. This article will describe the rise of plastic surgery abroad.

The rise in plastic surgery abroad is likely due to a number of reasons, including poorer delivery of services by the National Health Service, which is the primary deliverer of healthcare in the UK. Similarly, there have also been publications indicating that waiting times are likely to increase in the near future. There have also been a number of issues with the quality of dentistry offered by the NHS. However, perhaps the most significant reason behind the projected increase in plastic surgery abroad is related to the growing need to tackle growing waistlines and obesity. This growing rate of obesity has led to an increased demand for bariatric and weight loss surgery.

The first reason behind the rise of plastic surgery abroad, the poorer service delivery through the NHS, is a prime driver of people who leave Europe in search of better medical treatment. Although more money has been spent on the system in recent years, there have not been any noticeable improvements in the quality of service. Furthermore, there are a number of cuts that are projected to impact service delivery in the future, which will lead to further decreases in the quality of NHS treatment options.

It has been a priority of government policy to expand the workforce of personnel involved in the NHS, from adding physicians to increasing the numbers of midwives and nurses. However, these increases in the workforce have not been matched by increases in productivity. People have grown impatient of the extra money that has been thrown at the system and the resultant lack of results, and as a result, they are seeking alternative options, including medical tourism abroad.

The latest information available related to NHS data indicates that people are spending more time than ever waiting to receive services through the national healthcare plan. The median waiting time for patients who were admitted was close to two months while the median waiting time for non admitted patients was close to four weeks. A number of people have deemed these waiting times as unacceptable, and therefore, have decided that the NHS cannot be relied upon for the timely provision of medical services.

The lack of availability of quality bariatric services in conjunction with the growing waistlines of people is another reason that has spurred the medical tourism industry. There are a number of people who are interested in losing weight due to the numerous advantages that have been associated with the maintenance of a healthy body weight. However, there are many people who are not able to lose weight rapidly or effectively simply through a combination of diet and exercise. For these people, the best option is bariatric surgery. They cannot wait for alternative options or treatments.

However, the NHS has been reluctant to fund bariatric and other forms of obesity surgery due to an ongoing debate over whether obese people should receive such medical services to treat their obesity. There is also debate over whether or not obesity is a medical condition. As a result, the NHS largely deems bariatric operations as voluntary or discretionary surgeries, which means that people are often required to pay for them out of pocket.

Since people can generally not afford to spend nearly as much money on such surgeries, they are becoming interested in traveling out of the country to places where such surgery is more affordable and more available. A preventive approach is more effective than seeking a cure once a disease or a disorder is already established, but due to the unwillingness of the NHS to take a preventive approach toward obesity and bariatric or plastic surgeries, many people have begun to feel that their only options for obtaining such surgeries is to travel abroad.