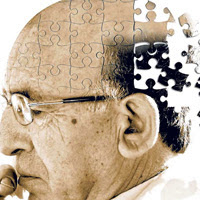 When it comes to the lengthening of human lifespan, one of the major challenges today is Alzheimer’s disorder also known as AD.

Today, the cost that the healthcare industry faces is astronomical and most people facing personal medical costs are staggering under the financial burden.

The Inner Workings of Alzheimer’s

One cannot discount contributions from inflammatory microglia and reactive astrocytes with different CNS cell types; however, the UCSD Department of Neuroscience carried out a study and published work done by their scientists that confirmed something that has been observed for over 20 years.  The development of Alzheimer’s disease is associated with dysfunctional neuronal trafficking.

Cellular trafficking is the term used to describe how materials are moved from inside a cell to outside of it.  It can also be used to mean the transportation of proteins that have already been synthesized, within the cell. The movement is one of intricate steps, changing partners, tempos and rhythm.  When one has AD, this movement is disrupted by blocking, not having ‘dance partners’ or a change of tempo.

In 1997, Cataldo et al., were able to see just one of the various dance steps via microscope as they looked at pyramidal neurons.  They found that in AD neurons, the endosomal compartment was enlarged.  During that time, science was just beginning to elucidate endocytotic machinery and how these compartments worked was not well known.  Over the years, much knowledge has been gained and there is a greater understanding of the various processes including how membrane receptors are stimulated, intracellular signaling cascades, signal platforms known as endosomes, sorting and recycling compartments among others.

These steps are key for cellular trafficking and have protein expressions that are associated with AD which include recognizable mutations and expression changes. ApoE4 was the very first main variant to be associated clearly with AD development. It was identified in the early ‘90s.  In the Central Nervous System the uptake of ApoE is carried out through clathrin.  This is edocytosis that is mediated by LRP1.  In patients with AD it expression is decreased.

This clathrin coat is necessary for later when there is fusion with endosomes. At that point, PICALM, containing AD associated mutations that penetrate highly uses clathrin at the membrane.   ApoE is able to traffic to new endosomes taking 2 different routes in order to be degraded:

The study they are working on right now focuses on the early endosomes which have been marked by Rab5 a small molecular switch.  If Rab5 remains on throughout, the endosomes become big because the cargo does not move along in precise timing.  The USCD researcher have found that in patients with AD, Rab5 signals early and traffic becomes dysfunctional.  Secondly, when the movement of cargo is hindered or blocked so early in the transition, the various neurons are do not experience proper nuclear translocation which is necessary for degradation of the membrane receptors, transcriptional regulation, recycling and the transportation of various cellular nutrients.

A business executive who needs to travel extensively. An avid wildlife photographer, she has visited Tadoba a number of times. Visit Tigers Heaven Resort to see some of his recent shots of the local wildlife.
0 comments… add one