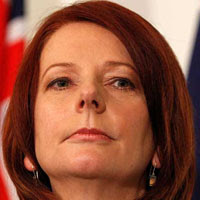 One might think that the essential differences between life and health insurance are immediately apparent – at least for those insured, but a recent poll in Australia proves that this is not quite the case.

As a matter of fact, a worrying proportion of Australians seems to believe that private health insurance will also cover the basics of life insurance, at least according to a survey undertaken by one of the country’s top insurers. According to said survey, 17 per cent of all Aussies (or, roughly, one in six people polled) believe that life and health insurance are the same thing. The poll had over 1,200 respondents, 47 per cent of whom also said they cannot afford to take out life insurance.

While the representative of the company that undertook the survey seems to be of the opinion that such confusion is understandable, the truth of the matter is that there are major differences between health and life insurance. Life insurance can cover unemployment situations (through income protection insurance), death, and even trauma (paying you money in the event that you have been diagnosed with a severe disease) or have suffered major injuries. Meanwhile, health coverage can cover a wide range of medical situations, as our research at Help Me Choose has revealed – and it’s important for people to shop around for the best coverage option, suited to their needs. That’s because, according to the representative of the insurer which was behind the poll cited above, household budgets are still tight in the aftermath of the recession, and people will often feel pressured into relinquishing all forms of insurance altogether.

This financial pressure might be worrying, given the context of the upcoming Medicare tax increase, which was recently announced by Prime Minister Julia Gillard. In a statement given in early May, Gillard announced that a 0.5 per cent of taxable income hike will be implemented for Medicare, in order to provide capital for the National Disability Insurance Scheme. This announced measure has caused some debate and agitation, mostly because it’s the single biggest increase to the levy, since its introduction almost two decades ago. The tax was first introduced in 1984, by the Hawke Government, and it stood at 1 per cent – then increased to 1.25 per cent two years later.

Now, the Gillard government is hiking up the tax to 2 per cent, in an effort to raise $3 billion per year, before the National Disability Insurance Scheme is fully introduced, during the 2018 – 2019 financial year.Medicare, Australia’s main form of public health insurance, covers 75 per cent of patient costs in private health care facilities and fully funds hospital facilities for patients within the public system. It also pays for around 85 per cent of out of hospital services in Australia. Given the massive amount of money Medicare requires, it makes sense that the tax should be increased, but it is also a worthy reminder for the general population to take out private health coverage. As a matter of fact, at the moment, Australians who make more than $100,000 per year and have not taken out proper private health coverage pay 1 per cent more for Medicare.

What about the Australians who don’t fall in the high-income earners’ bracket, then? They are the ones targeted in the poll which revealed they don’t fully understand the differences between health and life insurance – and they are also the ones most likely to give up on all forms of private coverage. The experts’ advice is that they budget ahead, cover at least basic health costs, and, probably most importantly, take out income protection. For, if there is one takeaway to be understood by as many people as possible, during unstable economic times, is that it’s always better to rather be safe than sorry.