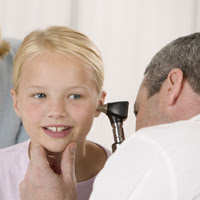 Hearing is a particularly important human sense. It makes effective communication possible in work, home and recreational settings. Therefore, the loss of hearing can greatly affect how a person lives, works and plays.

As many as 17 percent of American adults will experience some level of hearing loss at some point in their lives, making it one of the most prevalent chronic health ailments. Hearing deficiencies can be present at birth, but among adults, hearing loss often occurs over a long period of time. Since the condition is progressive, many of those affected may believe that their hearing loss is a normal part of the aging process, or initially may not even notice it at all. As a result, only about one in five individuals who might benefit from early treatment actually seek help. However, early treatment of hearing loss is important for several reasons.

Even a partial loss of hearing can have serious consequences on the ability of sufferers to socialize with others. Those who have difficulty hearing can miss important telephone calls or information given out in business meetings. The condition can lead to mistakes that can affect personal and professional relationships. It can even lead to social isolation if others begin to subconsciously ignore individuals they mistakenly believe are not listening to them or are not interested in what they are saying. Family members are often the first to detect hearing difficulties in a loved one – often even before the impacted individuals is aware himself – and they may be the first to suggest some type of treatment.

The human auditory system is no different than any other part of the body in its need for exercise. Eventually, those with untreated hearing deficiencies will begin to lose their ability to process voices and other sounds. They may even be at an increased vulnerability to other serious health problems; for example, one study indicated that men and women with hearing problems may be significantly more likely to develop dementia.

The first step in dealing with a loss of hearing is recognizing and accepting the problem. Those who are not willing to accept and deal with their condition may have to pay a heavy price later for treatment that is more involved, more costly and less likely to succeed. Those who delay treatment may come to the realization that their hearing problem should have been dealt with much earlier.

A complete hearing test by a trained professional as soon as possible after the individual notices hearing loss will help in determining the best course of action. The simplest way to deal with a hearing impairment is often with an assistive listening device, better known as a hearing aid such as MDHearingAid Acoustitone PRO Hearing Aid. Many younger individuals may have reservations about wearing hearing aids. However, such devices today are small and hardly noticeable. As many as 10 percent of those who suffer from a loss of hearing may not benefit from an assistive listening device and will need surgically-implanted devices or other surgical procedures.

There are many possible reasons for deterioration in hearing, ranging from damage to the inner ear to something as simple as excessive wax in the ear canal. Early treatment is needed to find both the cause of the issue and the cure or treatment for those who have experienced a loss of hearing. Beyond the resulting physical improvement, early treatment can often also improve the patient’s personal and family relationships, their emotional health and even their earning ability.

Rebecca is a freelance writer and a professional audiologists. Her articles appear on various online health publications. She contributed this guest post for NHC.com.au.
0 comments… add one