The Importance of Recognizing The Signs of Depression 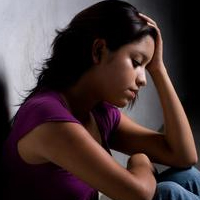 In the modern age the pace of life can lead to heightened levels of stress, burnout and ultimately depression.

It is important that we are aware of the warning signs of depression so that we can take action before the condition takes hold.

Some of the most obvious signs of depression are:

The last four of these symptoms are much more likely to occur in men than women. This seems to be because men tend to bottle up their feelings and try to find ways to blank out the way that they feel. Women, on the other hand, are much more likely to talk to others about the problems they are facing which can help them avoid some of the destructive behavior that may occur in men.

It is important to be able to recognize the signs of depression in others, particularly those closest to us, even if we do not a potential problem ourselves. Research shows that people, especially men, are very reluctant to ask for help with depression. It is therefore very important that those who have a problem get encouragement from those around them to seek the help they need.

Generally, more women in the population suffer from depression than men, but since men appear to have more difficulty accepting that they may be suffering from depression, it may be that more cases of depression are undiagnosed in men than women.

This characteristic in men appears to be related to the societal pressures on men to appear strong at all times and men often think that admitting to suffering negatively from the effects of stress, burnout or depression will mean that they are seen as weak.

It is therefore vital that we are all aware of the ways that depression can begin to show itself and that we get help or encourage others to get help as soon as the warning signs are evident.