Top 5 Celebs Who Have Had A Hair Replacement Treatment 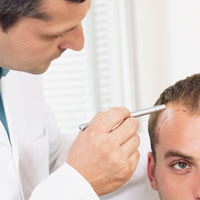 Hair loss is one of those things that can be really embarrassing. A lot of men go to great lengths to hide their hair loss because they’re mortified that somebody will notice and make a joke out of it.

Generally speaking, society is very kind towards men with male pattern baldness – just look at at Prince William, Jude Law and even Jason Statham. Though to be fair, there aren’t many people brave enough to point and laugh at Jason Statham’s thinning locks.

However, for every celebrity proud to flaunt their thinning scalp, there’s another desperate to hide it. John Travolta has fielded years of questions about his miraculous hair revival and is only now relaxed enough to admit that it was the result of hair transplant surgery. Nevertheless, it can be extremely comforting for regular men to know that male pattern baldness is a problem even for the richest, most famous guys on the planet. So, in celebration of the world’s most recognisable balding stars – here’s a guide to the five greatest celebrity hair treatments.

You’ve got to give the man some credit – he didn’t make any attempt to hide his hair loss treatments. Instead, Wayne Rooney behaved in a manner not befitting his usual tabloid actions and rather humbly and proudly showed off the results of his hair transplant in newspapers and magazines. The striker underwent two extremely invasive 9 hour surgery sessions in order to revive his thinning scalp and they definitely seemed to pay off, says the Daily Mail.

Elton John was actually one of the first celebrities to undergo a hair transplant. The star underwent the procedure way back in the early 80’s when the technologies involved with hair loss treatment were still a long way from their peak. As a result, the singer’s surgery was extremely noticeable and he didn’t have any chance of hiding it, say experts at the Huffington Post. These days, hair transplants look a lot more natural than they did in the 80’s and it is very difficult for a person to distinguish between real hair and transplanted hair unless they’re standing very close indeed.

On top of the suspected veneers, Botox and facelifts – it has now come to light that TV chef Gordon Ramsay has had several hair transplants in order to try and combat his thinning locks. The star hasn’t been quite as vocal about it as Wayne Rooney but he has commented on the rumours. A spokesperson for the chef said ‘Whilst his hair may not have been obviously receding, it had become an issue for him.’ If nothing else, it’s nice to know that even celebrities get super paranoid about their hair from time to time.

As mentioned, John Travolta stepped out with a sudden thatch of thick, luscious hair about 3 years ago and has denied hair transplant rumours ever since. It doesn’t help that the movie star was secretly photographed with a barely there scalp earlier in the year or that post transplant, he was photographed again with the mesh from his replacement clearly visible. It seems like Travolta is finally loosening up, though. He doesn’t get quite as furious when journalists ask him about it these days.

The Hobbit star James Nesbitt has been very open and forthcoming about his hair loss treatment, stating that he hated going bald and that it was ‘becoming an obsession’ for him. The actor underwent two separate transplant procedures and now has a healthy head of hair. He has recently transitioned from TV roles to some extremely high profile blockbuster movies.

Emily Steves, 27 years old,a writer and contributor associated with some health communities. She is a fashionable young girl, loves to cook, reading , explore different places and loves to share all her experiences in her writing on various topics in different blogs.
0 comments… add one