Learning To Breathe Again With Omega-3 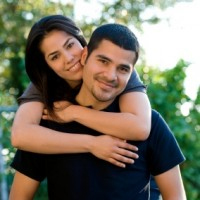 Omega-3 is believed to be an important part of every person’s diet as it greatly contributes to the brain development and function as well as eyesight.

But over the years, the benefits of omega-3 have evolved, it has become more useful and more helpful more than ever. Asthma is known to be one of the diseases that omega-3 may prevent, if not treat.

Known as one of the most serious respiratory problems that mankind faces is asthma. It is a condition where the airways of the lungs are constricted. In most cases, this condition comes with inflammation and mucus making it more challenging for the air to flow in and out of the lungs. Asthma is normally characterized by shortness of breath, coughing and wheezing.

Reports about the benefits of fish oil and omega 3 are everywhere. In Japan’s busiest city, Tokyo, it was reported that a child was relieved from bronchial asthma through fish oil. As asthma is about the inflammation and blockage of airways, supplementing the patient with a natural form of anti – inflammatory will help and these properties are found in fish oil. EPA and DHA, the two main components of fish oil, inhibited the formation of leukotrienes and prostaglandins, this lessened the production of cytokines from inflammatory cells.

After the said report, Japanese researchers made a study that included 29 children whose age ranges from 8 to 14. All the participants had suffered from asthma, all of them have an average of about 10 years suffering from the disease and all of them have been hospitalized for asthma. These children were given either fish oil capsules or placebo capsules. After 10 months, the kids who were given with [easyazon-link asin=”B001G8YA2E”]fish oil supplement[/easyazon-link] had an average of only 6 attacks (compared to 21 attacks prior to the study). The children who were given placebo, on the other hand, showed no change.

In another study made by researchers from the University of Sydney, it was discovered that consumption of oily fish, on a regular basis, has a high level of association to a lessened possibility of developing asthma during childhood. There were 574 children included in the study, their ages range from 8 to 11. The participants were given evaluations based on current asthma characterized by tendency to wheeze (both with or without exercise) and airway hyperresponsivenss. It was found out that the kids who eat fresh and oily fish on a regular basis were four times in lesser risk of developing asthma as compared to children who seldom or never consumes fresh and oily fish. Fish oil has the two most important omega–3 fatty acids, EPA and DHA.

Researchers assume that EPA may have properties that can prevent asthma, if not lessen its seriousness by limiting the airway inflammation as well as its responsiveness. Another study, which was published very recently, suggests that fish oil supplementation, as long as its done for long term may minimize the seriousness and severity of asthma.